Skip to main content
You are the owner of this article.
Edit Article Add New Article
You have permission to edit this article.
Edit
Home
News
Diversions
e-Edition
Columnists
Multimedia
Obituaries
Classifieds
Share This
1 of 4 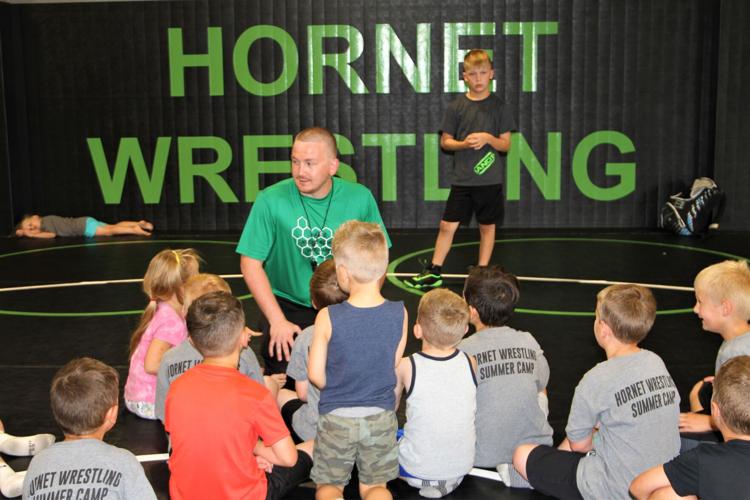 Tyler Harrison talks to a group of kids from kindergarten through third grade at the end of a summer camp session. 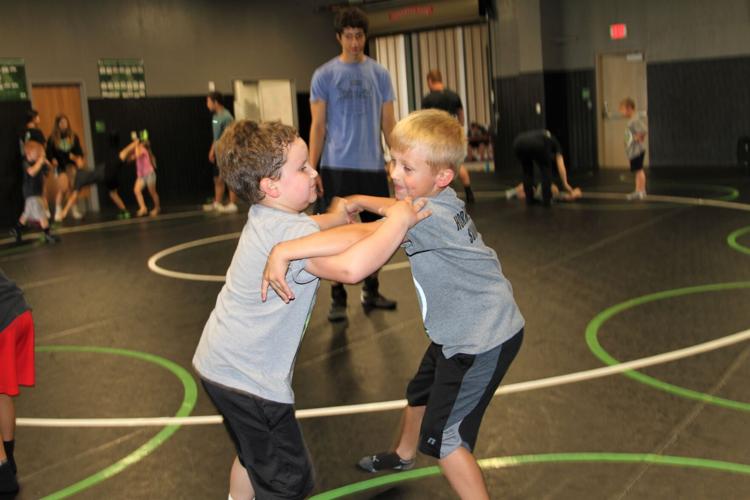 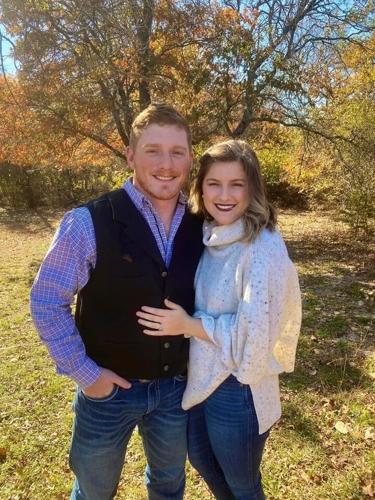 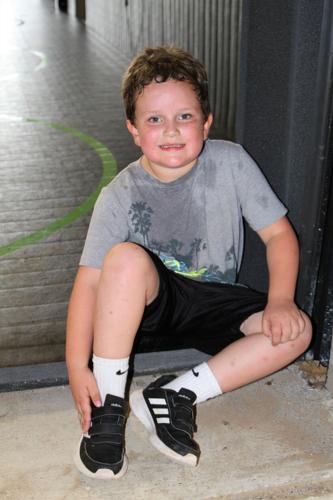 Joseph Garza, who wrestled in his socks, puts on his shoes at the end of a session. (Photos by Jeff Prince)

Tyler Harrison talks to a group of kids from kindergarten through third grade at the end of a summer camp session.

Joseph Garza, who wrestled in his socks, puts on his shoes at the end of a session. (Photos by Jeff Prince)

Tyler Harrison, who coaches boys wrestling at Azle High School, watched as one of his teenaged wrestlers gave instructions to a couple of younger kids.

Josh Botion, a junior on the varsity team, was showing two 6-year-old boys how to put each other in arm holds.

The two youngsters appeared to be enjoying themselves, although neither could be characterized as chatty.

When asked how long he had been wrestling, Finn Wasser said, “I forgot.”

His wrestling partner, Joseph Garza, was less verbose. When asked what he was learning at the camp, Garza pressed his face against a matted wall and said nothing.

Rudy Garza was happy to see his son participating.

“It's good to get him out and moving around and exercising,” the proud dad said. “It helps him interact with other kids, too. This is a lot better than him being at home watching TV.”

The wrestling summer camp was held at Azle High for four days last week. Harrison was pleased with the large turnout at the morning sessions, which were designed for kids in kindergarten through third grade. After the little kids finished, a group of older kids – fourth through ninth graders – arrived for their sessions.

“We open it up to really any age,” Harrison said. “We've got some 3-year-olds all the way up through third graders in this session. A lot of these kids are brand new to wrestling and just trying it out in the summertime, which is great.”

“We just like to expose them to the sport, keep it real light and try and have fun and make some memories that they will look back on and maybe want to continue in the future,” Harrison said. “Hopefully, as they come up in middle school, they start participating in our middle school program.”

The number of kids gravitating to the wrestling program has increased in recent years, and Azle ISD responded by hiring a new coach.

Seth Bell, a 2017 alumnus, was hired to help coach wrestling and football and teach social studies.

“He is an awesome guy, so we are really excited to add him to our staff both as a coach and a teacher,” Harrison said.

Bell is no stranger to wrestling.

“He is up on the wall over there,” said Harrison, pointing to plaques hanging on the wall in the wrestling room that commemorate former wrestlers who qualified to compete at the state finals.

“We are very grateful that we're getting people who know wrestling and are passionate about wrestling,” Harrison said. “We are excited about the future.”

Last year, three wrestling coaches handled the approximately 30 girls and 50 boys who wrestled at high school and 70 more at the middle schools. Having a fourth coach will allow more specialized training.

“We can break up our practice into different groups and work with kids that are at different levels,” Harrison said.

Bell grew up in Aledo but moved to Azle in high school. He wrestled on the varsity team for three years and was a district champ and regional champ. In his senior year, Azle’s team won the state invitational dual tournament.

Afterward, he wrestled for four years at Emmanuel College in Franklin Springs, Georgia, and graduated in 2021. He coached and taught school in Georgia for a short time before moving back to Azle with his wife, Rachel.

“It was a good job opportunity for me,” he said. “It's something to look forward to.”